Josh Shpak, the Gold Standard in Search of Brass Perfection 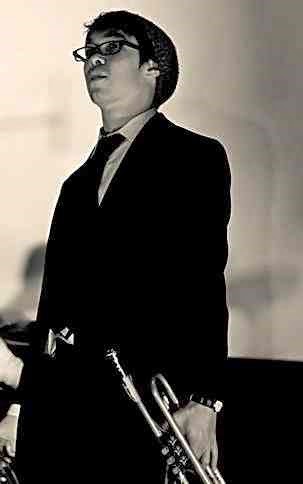 I started hearing about Josh Shpak long before I met him.  It seemed he was a teen-trumpet-wunderkind who turned to gold everything he touched.  And by gold, I mean the color of brass, his instrument family of choice.  And by family of choice, I also mean long-time family friend, godfather and mentor, Michael "Mickle" Miller, whose companion interview can be seen at: The Michael Miller Interview or by going to:  http://theleadsheetsf.blogspot.com/2014/05/the-michael-miller-interview.html.

Josh and Michael's partnership is a thing of local legend, a story to be told and emulated.  All the hard work was Josh's, to be clear, but knowing what you want, having a clear path laid out, and the support and wherewithal to obtain it, is a sought-after state-of-being.  When I did finally meet him, I saw immediately why he is the gold standard.  Josh is engaging and personable.  He smiles with his eyes and gives you his complete attention, which is so rare and purely charming in a young man.  I can tell you, very few kids are genuinely glad to meet their friends' parents, but the jazz community is different.  I have never come across this particular quality as often as I have in the course of all the various rehearsals; it must be the state of constant self-promotion required to form bands, land gigs and get paid.  It is not easy, but Josh is a natural.  And, this is to say nothing of his talent and work ethic.  I'll let him speak for himself as this is readily apparent in his interview.  His list of accolades is bountiful, one of which is a terrific interview on the Harrelson Trumpet website (different questions, same great answers) which can be seen by clicking here Harrelson Interview with Josh Shpak or by going to:  (http://whyharrelson.weebly.com/5/post/2014/04/feeling-the-music-an-interview-with-josh-shpak.html). 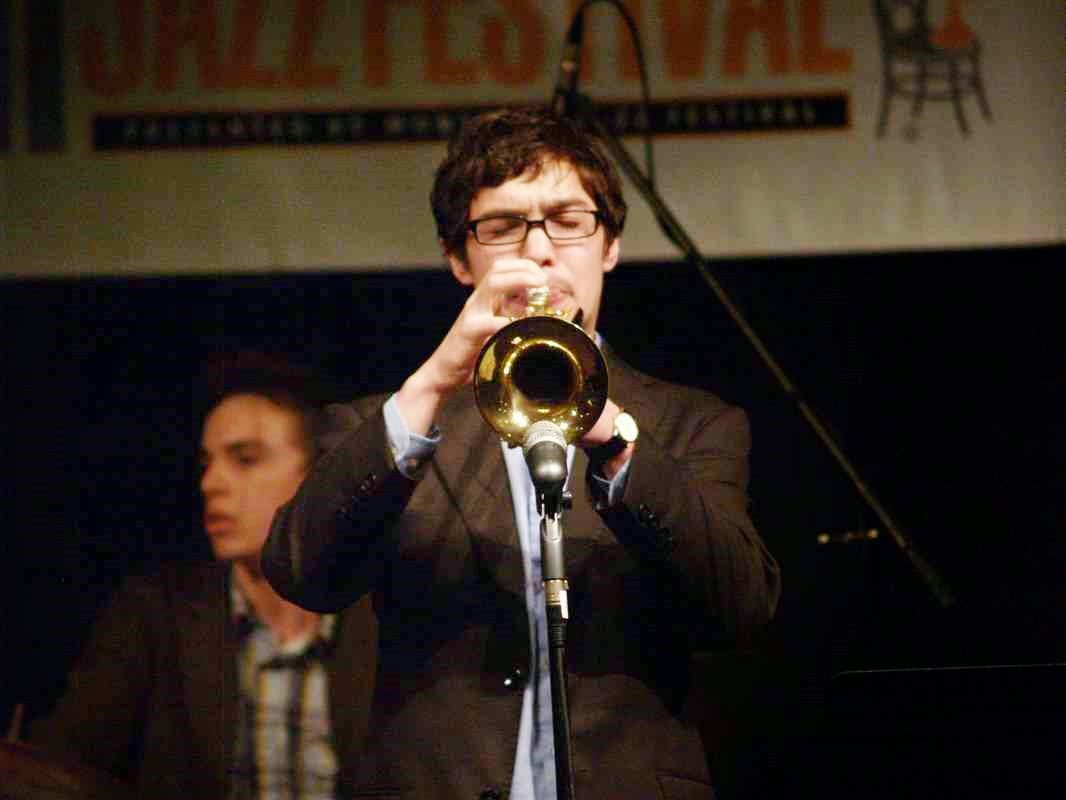 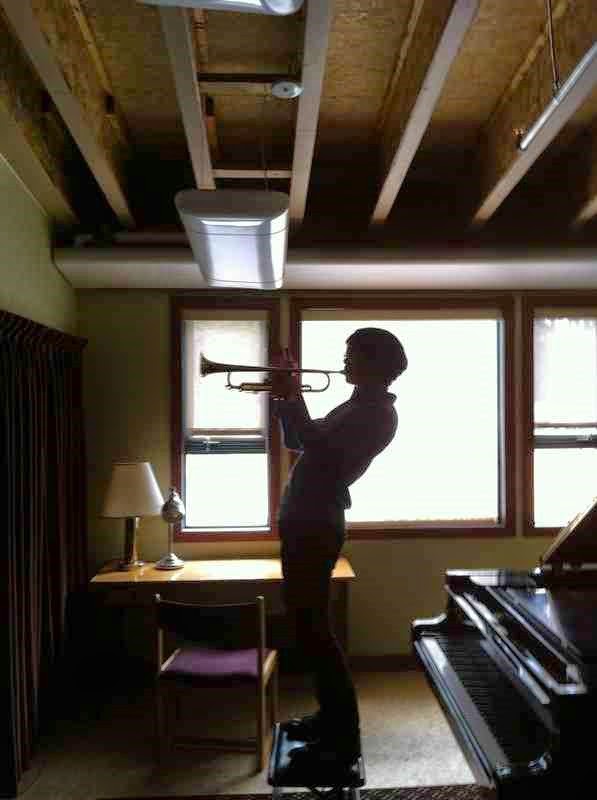 1.  How do you approach improvisation?

I find it is really easy (especially in "straight-ahead jazz" performance situations) for instrumentalists like myself to take improvisation for granted.  The songs generally have the form of (a) a short melody, (b) several soloist improvising for an extended period on the chord changes of the melody, and, lastly, (c) a short repetition of the previous melody to end the song.

In the past, I viewed the solo section a more of "my time to shine" than anything else.  As a trumpet player, that meant sitting around, waiting for my turn in the sun, then going back to my corner of the stage while waiting for the melody again.

However, upon coming to Berklee, I have had the opportunity to play and work in many different styles and genres of music that I wasn't as exposed to performing while in high school, everything from pop, funk, rock, Latin, Reggae Electronica, folk....you name it.  In these different areas of music, I found that every time there was a solo section," whether it be an 8-bar guitar solo or a big drum fill that brings in a new section of a song there seemed to be a major purpose behind each improvisation that would bring the composition as a whole to a new, important place.  As someone who had just been taking turns playing jamming on tunes, this was a major revelation!


2.  What makes you play the way you play?  (Influences?  Where do you find inspiration?  Group vs. Solo?)

I find that the more experienced I get, the more equally I take inspiration from my peers and the masters.  When I was younger, it was HEAVILY towards the past masters (I listened to nothing but Miles Davis' first quintet for a year in middle school, then onto Clifford Brown and Clark Terry the next year),  but I now find myself most inspired by the projects of my friends, peers or musicians just a bit older than me.  I am super inspired, for example, by my friend Christian Li's new album (which you should check out) and he just graduated Berklee last year.  Flying Lotus, James Blake, and Thundercat are three musicians who I am just awestruck by like none other, and these guys are at the most 10 years older than me.

Also, playing with people is extremely inspiring for me - I feel I am most creative and invested when working with others.  That's just how I am in general though - I love being in social situations with others, it excites me.


3.  When you're frustrated & want to quit, what makes you come back to your instrument?

I have had a lot of physical problems with the trumpet over the years.  It's a really strenuous instrument...and it's really not a natural thing to put metal up to your lips and expect it to be comfortable!

However, the trumpet, being extremely physical, brings life to me every time I play it.  The vibrations from the sound fill my head, my body.  Really exhilarating.  Also, there's just these occasional days when I pick up the horn and everything feels SO GOOD, and music just seems to flow from me, through the instrument, into the world.  That's why I practice as much as I do, so those days come as often as possible.

I've had experience with both.  In some situations, like auditions, it can seem like the pressure is not supportive, which can be really tough.  However, I usually play better in front of crowds, or with musicians I take seriously (and who I want to take me seriously in return)!

I have some of the most supportive parents I could ever imagine, and I could picture being anywhere close to where I am now without them.  They have been not only encouraging, but also excited by the prospect of me pursuing my dream of becoming a musician, which is a blessing I cannot even fathom the importance of.  It is actually quite difficult (I believe) to pursue a musical career without monetary backing, and my parents have been so willing to help me succeed in any way they can that I am humbled by their generosity and love.

I also have the most amazing godfather in the world, Michael Miller.  He has dedicated a huge portion of his life, time, money and energy to help me in any way he can to help me succeed (and, being an extremely successful musician himself, the ways are many)!  It is truly an honor to work so closely with such a generous and talented mentor...a force of nature in his own right!

Posted by TheLeadSheetSF at 1:07 PM